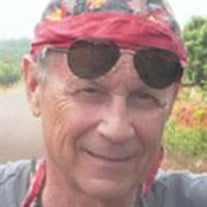 Alan Charles Coe February 16, 1943 – September 21, 2017 Alan was born in Saline, Michigan on February 16, 1943, the son of Gerald W. and Ann E. Coe (Peters). Gerald was a barber and active in civic affairs as was Ann who retired as secretary to the Saline Community Hospital. They preceded him in death. The details of Alan’s death were not announced as he felt it was more important to know how he lived and thought Kipling’s “If” was a good road mark for life. Following graduation from Saline High School, Coe earned a BBA and MBA from Western Michigan University where he was also commissioned as a second lieutenant in the United States Army. Before serving on active duty, he was on Western’s faculty in the department of management. He graduated from Michigan State University with a Ph.D. in 1972 and one year later was selected as Dean of Kent State University’s Trumbull Campus. In 1981 he was named Dean for Academic Affairs for Kent’s seven regional campuses which enrolled 10,000 students and employed 500 faculty and staff. He retired as an Emeritus Dean from Kent State in 1995 and worked part-time in undergraduate studies and in international affairs until 2008. He was also on the graduate faculty at MSU and Kent State and, in his words, published “the usual academic stuff” until overtaken with administrative responsibilities. Coe served on a number of community organizations and was a member of the Roy Chapman Andrews Society, a Fellow in the Royal Geographical Society, Associate Member of the Explorer’s Club, and the Grass Lake Historical Society. He often said that his best experiences were on the Ellsworth Hall staff in the Admissions Office and in the Department of Management at Western Michigan University and on the Michigan State Residence Hall staff and Dean of Students staff. In reminiscing, he found it rewarding to serve on the Alumni Board of Directors from 1980 to 1986 and lead the Association (1982-84) as a two-term president. He was especially pleased with the connections of the Trumbull Campus to the community of Warren, Ohio. Coe’s love of exploration is illustrated by his travel to over 50 countries. “To see what would happen”, he often traveled solo. He visited Africa, South America, the Far East, and the Middle East to name a few. He slept on the Gobi Desert and on rooftops in the Himalayas. He frequented Florida for MLB Spring Training. After many travels, he worked on a book about his world discoveries, focusing not only on the lands, but also on his favorite or unusual food. He found the people to be the most fascinating. His “project” ended up being 613 pages. Those who knew him well, knew it would never be done, never perfect enough with details to be eternally added. A master of detail, and, as he said “trivia,” he would leave us in awe of his depth of knowledge pulled from study, experience, and curiosity. Always ready with an opinion and an argument, one could disagree heartily yet, in the end, shake hands and go to a movie or get a tin roof sundae, his treat. He was a friend and a mentor. When you were a stranger he knew your life story within 15 minutes. He wouldn’t forget it. Although he was taken too soon, he rarely wasted a minute, filling his years with achievement, adventure and friendship. Alan is survived by his son Gerald (Jerry) Coe and Michelle (Hundley) Coe, and their children Madeline Elizabeth Coe and Alexander William Coe; sister and friend Janis in Bountiful, Utah. Family will receive friends on Friday, September 29, 2017 from 6:00 to 8:00 P.M. at the Robison-Bahnmiller Funeral Home in Saline. Memorial contributions may be made to the Fisher House Michigan. To sign Alan’s guestbook and leave a memory or for more information visit www.rbfhsaline.com

The family of Alan Charles Coe created this Life Tributes page to make it easy to share your memories.

Send flowers to the Coe family.