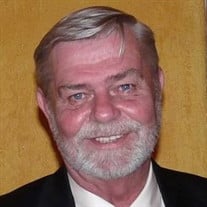 The last of the beatniks, originator of the dad pun, and Tech Support Godfather of the Saline American Legion, Alan Richard Keeping, passed away peacefully after 75 years. Born in Mason, MI on July 14, 1946, he enjoyed in the last several years educating nurses across Ohio and Michigan that his birthday was on Bastille Day, often belting out the French national anthem for effect. Big Al took pride in learning French while sitting at a bar in Belgium during his teenage years, supplementing his education at The International School of Brussels and Coshocton High School in Ohio, from which he graduated in 1964. While abroad, he picked up soccer, later playing for Kent State University’s Varsity team. In 1965, Alan traveled with the then new east African nation of Tanzania in a cross-cultural program with Tanzanian college students, where together they built a school. In his final days he revisited the awe he experienced upon taking in his first sweeping view of Mt. Kilimanjaro. He left the university in 1968 and joined the Air Force, where he taught a technical course on navigation that sparked a lifelong interest in computer systems. After his discharge in 1972, he met Gayle while managing a restaurant on Biloxi Beach. Finding Gayle unimpressed with his banjo stage act at the bar, Al switched tactics, winning Gayle over after taking her for a plane ride. Their whirlwind romance led them to marry on Feb. 1, 1972 in matching white pantsuits at a small ceremony at Al’s restaurant featuring nice hors d’oeuvres, which Al insisted upon. The couple moved to Evansville, IN, joining family in the region, where their three daughters were born. The years in Evansville were full of time spent with grandparents, aunts, uncles, and cousins swimming in Papa and Grandma’s pool, set on a high bank overlooking the Ohio River. Al wrapped up his education at the University of Evansville and embarked on a business career in computers and software, which took the family to Saline, Michigan in 1986. In Saline, he coached his two older daughters in soccer, played Kingston Trio songs on his guitar, and perfected his breakfast casserole. He raised his family with Gayle, reliably attending the wide variety of sport, musical, and dance endeavors of his busy daughters. Alan was a quiet and calm eye in the storm of the Keeping women. Al moved to Cincinnati, OH to be near his youngest daughter Emily and her family. In his 18 months there, he became a beloved member of the neighborhood, and he enjoyed watching his birds, the MTV show “Ridiculousness,” and the company of his caregivers Sam and Wanda, who kept Al busy with trips to the zoo, aquarium and drives around the Queen City. Alan is preceded in death by his wife, Gayle Keeping; his parents, Margaret and Ronald Keeping; his brother, Johnny Keeping; and is survived by his daughters, Laura (husband, Andy); Juliana (husband, Mark); and Emily (husband, Kyle); and grandchildren Anna and Drew Wetzel, Laila and Eli Ellison, and Benjamin Grose. He will be forever in our hearts. The family will receive friends on Saturday, December 18, 2021 from 9:00 A.M. until 11:00 A.M. at the Robison-Bahnmiller Funeral Home in Saline, MI. Funeral services will take place at 11:00 A.M. with burial following at Oakwood Cemetery in Saline, where there will be military honors. Masks will be required for both the visitation and the funeral service. Donations can be to Cystic Fibrosis Foundation Maryland, 10626 York Road, Suite A, Cockeysville, MD 21030 in Memo: In honor of Alan Keeping OR visit CFF.org/donate Choose the Maryland chapter. To leave a memory you have of Alan, to sign his guestbook or for more information please visit www.rbfhsaline.com.

The last of the beatniks, originator of the dad pun, and Tech Support Godfather of the Saline American Legion, Alan Richard Keeping, passed away peacefully after 75 years. Born in Mason, MI on July 14, 1946, he enjoyed in the last several years... View Obituary & Service Information

The family of Alan Richard Keeping created this Life Tributes page to make it easy to share your memories.

The last of the beatniks, originator of the dad pun, and Tech...

Send flowers to the Keeping family.