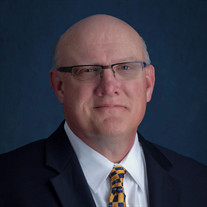 Age 57, passed away at his home on Monday, June 8, 2015. He was born July 11, 1957 in Dearborn, MI, the son of Alfred and Veronica (Szymanski) Holden. On June 19, 1982 in Dearborn, MI he married Raye M. Lombardi and she survives. David graduated from Edsel Ford High School (Dearborn) in 1975, received his Bachelor’s Degree in Political Science in 1979 from the University of Michigan and his M.B.A. from Robert Morris University in Pittsburgh, PA in 1992. He had a lifelong career devoted to the industrial gas business beginning in 1979 and had been employed most recently with Air Liquide-Americas as a strategic accounts manager in the automotive sector. David served on the Saline Area School’s Board of Education, was on the Zoning Board of Appeals in Pittsfield Twp., was a M.H.S.A.A. Registered official for basketball and was a member of St. Andrew the Apostle Catholic Church in Saline. Aside from David’s pride in his family and community, he was an avid University of Michigan football and basketball season ticket holder since the early 1980’s. He witnessed both the 1989 “Battle in Seattle” when the Wolverines beat Seton Hall for the National Championship in basketball and he was also present for the1998 Rose Bowl in Pasadena when Michigan beat Washington State for the 1997 National Championship in football. His other passion was golf, in which he secured not one, but two hole-in-ones at Pittsburgh North and Michaywe Pines. In addition to his wife, other survivors include his children, Dylan, Derek and Reed Holden, his mother, Veronica Holden, his siblings, Kathy (Jack) Harrison, Kevin (Lorie) Holden and Cheryl Holden. He is also survived by many nieces, nephews and cousins. David was preceded in death by his father, Alfred. Visitation will be on Thursday, June 11, 2015 from 2:00-8:00 P.M. and on Friday, June 12, 2015 from 10:00 A.M. until the time of the Mass of Christian Burial at 11:00 A.M. at St. Andrew the Apostle Catholic Church, 910 Austin Drive, Saline with the Rev. Fr. Francis Mossholder, celebrant. Burial will take place privately. Memorial contributions may be made to the University of Michigan Cancer Center in his name for patients financially unable to meet the costs of medications and other expenses. Envelopes will be made available at the church or donations can be made online at http://victors.us/davidholden. To sign David’s guestbook, to leave a memory, or for more information or directions please visit www.rbfhsaline.com.

The family of David Brian Holden created this Life Tributes page to make it easy to share your memories.

Send flowers to the Holden family.