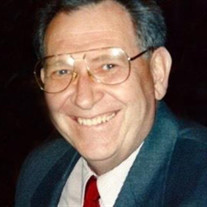 Donald Roger Hobkirk of Saline, MI passed away on Tuesday, October 29, 2020. Don was born on March 27, 1937 Bad Axe, Michigan on what is now a Historical Family Farm. He is survived by his wife of 56 years Charlene (Beckett) and their three children Charles (Sandra), Jeanne (Dianna), and Pamela (Hobkirk) Yost (Charles); two grandchildren Abigail and Emily Yost. He is also survived by one brother James (Bernice) and many nieces and nephews. He was preceded in death by his parents Walter and Ella (Thompson) Hobkirk and siblings Robert (Carole), Glenn (Linda), Ernest (Gail), Alice (Floyd Gasta). He was a middle child with four brothers and a sister and they all worked on the farm until they married and moved away. He met his wife Charlene (Beckett), at a youth group dance when she was a senior in high school. Don was three years older, but they hit it off and in 1964, after Charlene graduated from MSU, they got married. They bought a home in Bad Axe and started a family bringing them Chuck, Jean and Pam. Don was a kind, gentle soul and a tower of strength our entire family could look up to and count on until the very end. He was an example of how to do and give to others and treat everyone with kindness and respect. He seemed to know how to do just about everything and always found a way to fix or get things done. He was a bus driver and handyman for a local church where he discovered he had a knack for plumbing and eventually became a master plumber. He used his training to get a job at Western Wayne Correctional Facility and enjoyed working there for over 15 years; where he was admired and respected by inmates and co-workers alike. Don also had a knack for numbers and loved playing cards. He sharpened his skills playing euchre with co-workers on their lunch break and during family card games at home he patiently taught us to play Pinochle and Euchre. Everyone wanted to be on Don's team, even Charlene, because if Don was your partner you usually won! After the kids were gone and they became empty-nesters, they found they had more time for their shared interests. Don put his farming skills to good use growing a beautiful garden every summer that provided an abundance of vegetables that he shared with everyone. What they didn't grow themselves they found at the local farmers market, then came home and worked side-by-side in the kitchen often creating new dishes for family dinners. Don and Charlene also shared a love of learning about their Catholic faith through Bible study, teaching Catechism classes together and attending Mass every weekend. You could count on Don to celebrate his faith through song by singing loud and proud even though he couldn't carry a tune! No matter what they did, they liked doing everything together and anyone who saw them knew that Don loved his Char-baby! Growing up we were privileged to witness their love and commitment as it grew stronger through the years. During 56 years of marriage they faced many challenges, but they did it as a team while honoring their vows. The consequences of watching their marriage grow stronger through good times and bad are three strong marriages of our own. Chuck and Sandy, Jean and Dianna, Pam and Charlie. We are a testament to the example they set for us. Our marriages stand as proof that we learned from the very best! One of the best gifts Don gave us was his love of animals and we all continue rescuing dogs to this day. He leaves behind 5 grand-puppies and his loyal dog Wildflower, who misses him dearly and is doing his very best to keep Charlene company. We know Don was greeted in Heaven by his beloved dog teddy bear and that the two of them are now exploring together just like they used to when they were both healthy! Don was a kind and loving husband, father, grandfather and friend. While we were blessed and grateful to have him for 83 short years, the world is a little less bright and won't be the same without him. If you would like to join us in celebrating Don's life, a Memorial Mass will be held at St. Andrew the Apostle Catholic Church in Saline on Wednesday, November 4, 2020 at 11:00 A.M. A visitation will be at 10:00 A.M. until Mass. Following the service, inurnment will take place in the St. Andrew Catholic Church Columbarium. Due to covid-19 there will not be a luncheon following the mass. Masks and social distancing are required at the church. If you can't join us in person you can join us virtually at https://youtu.be/6_QX23iZebA with a backup link of https://youtu.be/OddjERr2a_A In lieu of flowers, donations can be made to St. Andrew the Apostle Catholic Church of Saline or in support of dementia research or support groups. While we would love to have everyone join us, we completely understand if you decide to stay at home and offer up prayers or watch the service virtually instead. To leave a memory, to sign Don’s guestbook or for more information please visit www.rbfhsaline.com

Donald Roger Hobkirk of Saline, MI passed away on Tuesday, October 29, 2020. Don was born on March 27, 1937 Bad Axe, Michigan on what is now a Historical Family Farm. He is survived by his wife of 56 years Charlene (Beckett) and their three... View Obituary & Service Information

The family of Donald R. Hobkirk created this Life Tributes page to make it easy to share your memories.

Send flowers to the Hobkirk family.