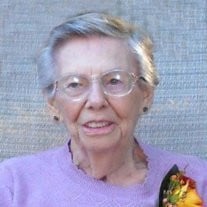 Phibbs, Doris Collins Saline, MI Age 92, passed away on Wednesday, July 24, 2013 at the Saline Evangelical Home. She was born September 13, 1920 in Bedford, Ohio, the daughter of Arthur Lee and Adah Idell (Miller) Collins. On October 7, 1944 in Detroit, MI she married Thomas Lee Phibbs, Sr. and he preceded her in death on October 19, 1997. In 1948 she was a founding member of the Alley Katz Bowling league. She was first employed at the downtown Detroit J.L. Hudson Company, after moving to Ann Arbor was Don Canham's first employee when he started School Tech. Later she worked for School Services Studio and then was secretary to J.W. Edwards of Edwards Brothers and last worked for the Sycor Corporation. Survivors include her three sons, Thomas Lee (Cindy) Phibbs, Jr., John Edward (Joanne) Phibbs and Charles Arthur Phibbs, and grandchildren, Kimberly (Charles) Cracraft, Kurt (Janelle) Phibbs, Kristopher (Michelle) Phibbs and Andrew Phibbs. Other survivors include great-grandchildren Kaylin and Kyle Kidd, Cooper, Landon, Jake and Lauren Phibbs and Alexander and Lucas Phibbs. She was preceded in death by her husband Thomas, her parents, sisters, Ardell Louise Collins, and Grace Bowen and her brother Arthur Lee Collins, Jr. Cremation has taken place and no services will be held. Contributions may be made to Arbor Hospice, Humane Society of Huron Valley and Evangelical Homes of Michigan. Arrangements entrusted to the Robison-Bahnmiller Funeral Home, Saline. To sign Doris’ guestbook, to leave a memory, or for more information please visit www.rbfhsaline.com.

The family of Doris Collins Phibbs created this Life Tributes page to make it easy to share your memories.

Send flowers to the Phibbs family.