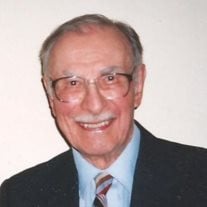 Willis, Edgar E. Ann Arbor, MI Age 100, Edgar E. Willis, an emeritus professor of communication at the University of Michigan, died of a stroke on Saturday, January 25, 2014. He was born in Calgary, Alberta, Canada, on July 12, 1913, the son of Samuel and Ethel (Fairbourn) Willis. Edgar had two sisters, a twin sister Mary, and a younger sister, Edith, both of whom pre-deceased him. In 1920 his family immigrated to Detroit where he was naturalized as a U.S. citizen when both his father and mother became U.S. citizens. In 1938 he married Zella C. Nobles, whose father, Rev. Harry Nobles, pastor of the Temple Baptist Church in Windsor, Canada, performed the wedding ceremony. Zella and Edgar spent sixty-nine-and-a-half years together before her death in 2008 from pneumonia. They had three children: Richard (Elizabeth), Franklin Willis and Andrea (Richard) Weaver, eight grandchildren, and twenty-two great-grandchildren. After graduating from high school in 1930, Edgar worked for a year-and-a-half for the Hupp Motor Company and then, when the company went bankrupt, he enrolled in what is now Wayne State University, where he earned a B.A. in history in 1935 and an M.A. in speech, in 1936. In 1940 the University of Wisconsin granted him a Ph.D. After finishing his B.A. degree, he was employed by the Radio Department of the Detroit Public Schools as a producer, writer, and director of educational radio programs, most of which were broadcast to children in schools. With two years off in 1938-1940 to attend the University of Wisconsin, he worked in the Radio Department in Detroit from 1935 to 1943 when he volunteered for service in the U.S. Navy. He was commissioned a naval officer, and after a year of training became the fighter-director officer aboard the battle cruiser Alaska. The Alaska received battle stars for its participation in the invasions of Iwo Jima and Okinawa, and it was also awarded the Philippines Liberation Medal. After two-and-a-half years of service in the Navy, Edgar returned to his family on Christmas Eve, 1945. In 1946, Edgar began his career as a university teacher, first at Wayne State University and then at San Jose State College and Stanford University in California. In 1952, the University of Michigan invited him to join its faculty where he remained until his retirement in 1984. During ten of those years he served as the chairman of the Speech Communications and Theatre Department. He wrote some fifty articles for scholarly journals and was the author or co-author of five textbooks in his field. In addition, he wrote a memoir about his World War II experiences entitled Civilian In An Ill-fitting Uniform: A Memoir of World War II as well as a book on humor entitled How to be Funny on Purpose: Creating and Consuming Humor. He also completed a fictional book on university life entitled Moss on the Ivory Tower. In 1953-1954, just as television was getting underway, he spent fifteen minutes every Sunday at noon reviewing the week’s news for the NBC affiliate in Detroit, Channel Four. In 1958-1959, he was granted a year’s leave to serve as a program associate for what eventually became the Public Broadcasting Service (PBS). In 1963-1964 he was granted another leave to accept appointment as a Fulbright Lecturer at the University of Durham and the University of Hull in England where he taught British students how to director television shows. During the Christmas period he was also sent as an advisor to the broadcasting system on the island of Cypress. That mission came to abrupt end when civil war erupted. Edgar lived in Ann Arbor, Michigan, for close to 60 years, then moved to Kingston Residence, Perrysburg, Ohio, where he resided for three years. He returned to his home in Ann Arbor where he lived until his passing. Cremation has taken place. A Memorial Service will be held Sunday, February 23, 2014 at 2:00 P.M. at the First Baptist Church of Ann Arbor, with Rev. James Middleton, officiating. A reception will follow the service. Military honors will be held under the auspices of the Washtenaw County Veterans Honor Guard. Burial will take place at a later date. Memorial contributions may be made to the church or to a charity of one’s choice and envelopes will be available the church. Arrangements entrusted to the Robison-Bahnmiller Funeral Home of Saline. To sign Edgar’s guestbook, to leave a memory, or for more information or directions please visit www.rbfhsaline.com.

Willis, Edgar E. Ann Arbor, MI Age 100, Edgar E. Willis, an emeritus professor of communication at the University of Michigan, died of a stroke on Saturday, January 25, 2014. He was born in Calgary, Alberta, Canada, on July 12, 1913, the son... View Obituary & Service Information

The family of Edgar E. Willis created this Life Tributes page to make it easy to share your memories.

Send flowers to the Willis family.