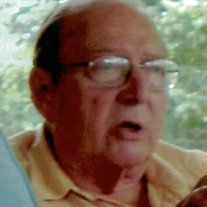 Age 80, passed away suddenly on Sunday, November 15, 2015 at his home. He was born October 28, 1935 in Saline, MI, the son of Norwin and Hilda (Dieterle) Raus Sr. In 1959 at the St. Paul United Church of Christ in Saline he married Jane E. Jordan and she preceded him in death on February 13, 2006. Survivors include their three sons Lee (Janice Herrst) Raus, LaVern Raus, and Roger Raus. Other survivors include his brother Norwin (Janet) Raus Jr., sister Maggie (Jack) Losee, sister Kathrene Hoey, sisters-in-law Jerry (Ron) Taylor and Judy Raus, brother-in-law Jim (Jeanette) Jordan, and several nieces and nephews. Ed was preceded in death in addition to his wife by his parents, his brother Fred Raus, and sisters-in-law Jo Scruggs, Jean Scruggs, and Judy Braun. Ed served in the United States Navy aboard the U.S.S. Henry W. Tucker from 1956 to 1959 as a Boiler Technician. During his lifetime Ed was an avid outdoorsman and liked to hunt and fish. He was a major sports enthusiast and especially loved University of Michigan Football. He was a lifetime member of Tri County Sportsman’s League and a member of the National Rifle Association. Graveside Services will take place on Friday, November 20, 2015 at 11:00 A.M. at the Oakwood Cemetery in Saline, with Rev. Dr. Patricia Kenney officiating. Memorial contributions may be made to the Department of Natural Resources Attn: Cashiers Office PO Box 30451, Lansing, MI 48909. Envelopes will be available at the Robison-Bahnmiller Funeral Home in Saline where friends may begin calling on Thursday, November 19, 2015 between the hours of 11:00 A.M. to 8:00 P.M. To sign Ed’s guestbook, to leave a memory, or for more information or directions please visit www.rbfhsaline.com.

The family of Edward A. Raus created this Life Tributes page to make it easy to share your memories.

Send flowers to the Raus family.