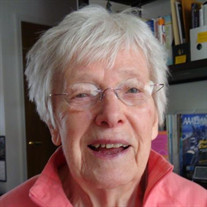 Kortesoja, Elvira Lydia Seppala Elvira (Elvie) was born on April 17, 1923 to Nels Alexander Seppala and Hilda Lydia Hill Seppala in Covington, Michigan in Baraga County of Michigan’s Upper Peninsula. Elvira’s parents and her husband’s parents were immigrants from Finland in the late 1800’s and early 1900’s. Elvira was preceded in death by her husband William Andrew Kortesoja, by her mother and father, and younger sister, Sylvia Niemi Kiiskila. Her older brother, Toivo Edwin Seppala lives in Arizona. A high school graduate at the age of 16, Elvira was determined to attend college at Suomi College, a Finnish Lutheran College in Hancock, Michigan, now known as Finlandia University. It was at Suomi College where she met the love of her life, William (Bill), whom she married on May 26, 1942. Elvie earned a certificate in business from Suomi College and had various jobs including: working for HJ Heinz Company in Detroit; bookkeeping for her husband’s businesses as well as for her daughter Linda; and in the accounting department for the Ypsilanti Press until she retired. Elvie enjoyed traveling to Hawaii, Australia, New Zealand, Finland, and most of the United States. Bill and Elvie had three daughters: Linda Joanne (Dan Klenczar) living in Saline, Michigan; Kari Lynn (Mark Hooper) living in Gig Harbor, Washington; and Ginny Ann (Mark Sims) living in Auburn, Washington. Their four grandchildren include: Andrew William Hooper (Emily); James Matthew Hooper (Samantha); Sarah Anne Klenczar; and William Frank Sims and they have brought much joy. Most recently, Elvie has taken great delight in the addition of her five great- grandchildren aged 2 years old to 4 months: Mackenzie Laine Hooper; Madison Marie Hooper; Keaton Jared Hooper; and identical twins Reagan Emma and Sutton Rose Hooper. Parkinson’s Disease became a part of her life experience after the age of 88. She battled it using exercise especially daily walking and physical therapy and good nutrition. Exercise was her medicine. Her daughters Linda, Kari and Ginny cared for her diligently and lovingly during her last five years. Elvie died peacefully on March 7, 2016. We are grateful for the tender loving care given and received at The Residence of Arbor Hospice. A visitation is planned at King of Kings Lutheran Church, 2685 Packard Rd, Ann Arbor, MI 48104 on Saturday, March 12th from 10:30am to 12noon followed by A Celebration Service of Elvira’s Life at noon. A luncheon will follow the service. In lieu of flowers, family requests that donations in Elvira’s memory be made to any of the following: King of Kings Lutheran Church in Ann Arbor (www.kingofkingslutheran.org) Finnish Center Association (FCA -- www.finnishcenter.org) Finlandia University (Elvie’s and Bill’s alma mater-- www.finlandia.edu) The Residence of Arbor Hospice (www.arborhospice.org) Davis Phinney Foundation for Parkinson’s Disease Research (www.davisphinneyfoundation.org) Parkinson’s Disease Foundation (www.pdf.org) Elvie will be deeply missed by her family, the most important treasure of her life. May she rest in peace with her God and her husband Bill, and other beloved family.

The family of Elvira Lydia Kortesoja created this Life Tributes page to make it easy to share your memories.

Send flowers to the Kortesoja family.