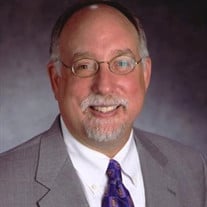 James Lang of Saline, MI, age 64, passed away unexpectedly Tuesday June 13, 2017. He was born on July 21, 1952 in Monroe, MI, the son of Walter and Janet Lang. While in high school James played in a rock band, and his friendship with the members of the former has continued. If you had been lucky enough over the last few years you might have heard James singing karaoke at establishments around Ann Arbor. One of James' favorite memories as a young boy was spending summers at his family's cabin in Gaylord, MI with his brothers and grandparents. As a young adult James and his brother, Paul, competed in two-man closed canoe races in Pennsylvania and West Virginia. He also raced in cross country skiing in northern Michigan. His knowledge of pharmacy and his ability at managing people who worked for him was well known. He was considered an expert in his profession and enjoyed sharing his knowledge with others. James was devoted to doing the best could in all situations and took pride in his business accomplishments as well as the people who worked for him. His current position was Vice President of Pharmacy Services for Blue Cross Blue Shield of Michigan where he managed payments totaling $3 billion in drug claims on behalf of its members. James earned his Bachelor of Pharmacy and Doctor of Pharmacy degrees from the University of Michigan. He also holds a Master's degree in Business Administration from Eastern Michigan University. He has authored numerous publications in national health care journals and presented at hundreds of invited speaking engagements. In 2012, the University Of Michigan College Of Pharmacy presented him with the Alumni Distinguished Lifetime Achievement Award. In 2013, he was asked to join the Board of Directors for the National Association of Specialty Pharmacy, which intersects with all pharmacy associations and practices to advance the profession, improve patient care and outcomes, and provide education and professional development opportunities. Although his career was a main force in his life, his passion was cars. He subscribed to every car magazine and thoroughly researched each car he bought to make sure it was exactly what he wanted for his collection. Having good quality cars was important, and if they were fast, all the better. Twenty years ago he decided to enter the sport of track racing which added a new dimension to his love of fast cars. During those twenty years James went from learning how to maneuver the tracks, to instructing others who shared his passion, and on to racing in Porsche and BMW racing clubs. The weekend before he died James spent racing his new car and was delighted that it was one of the highlights of his driving legacy. James is survived by a son, Erik Lang, a daughter Jessica Beckwith (Buzz) and three grandsons, Chase Beckwith, Grayson Beckwith and Tyler Beckwith. He is also survived by his three brothers, John, Fred, Paul and their families. Additionally he is survived by his former wife of 32 years, Linda Lang. James will be greatly missed by his work family, his racing family, his close friends, and his own family. He had so much more he wanted to do in his life...he just died too soon. Cremation has taken place. A memorial celebration of James' life will be held on July 15, 2017. Details of the memorial will be available at [email protected] In lieu of flowers, memorial contributions should be made to University of Michigan College of Pharmacy (https://pharmacy.umich.edu) or Humane Society of Huron Valley (https://www.hshv.org).

James Lang of Saline, MI, age 64, passed away unexpectedly Tuesday June 13, 2017. He was born on July 21, 1952 in Monroe, MI, the son of Walter and Janet Lang. While in high school James played in a rock band, and his friendship with the members... View Obituary & Service Information

The family of James Richard Lang created this Life Tributes page to make it easy to share your memories.

Send flowers to the Lang family.