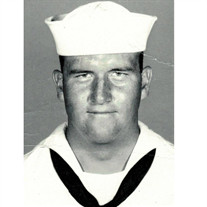 James (Jim) Earl Talbot, 75, of Ypsilanti, Michigan passed away peacefully on Wednesday, February 27, 2019 with his wife and daughter by his side. Jim was born on October 13, 1943 to the late John Talbot and Frances (Gillespie) Talbot. On May 28, 2000, he married Carol (Morris) Talbot in Denver, Colorado. Jim is survived by his two sons, Michael Talbot of Vale, Arizona and Scott Talbot of Briggsdale, Colorado. He is also survived by his step daughter, Annette Miller of Ypsilanti, Michigan and step son, Robby Cairns of Denver, Colorado; his nine grandchildren, Samantha (Talbot) Wisse of Frederick, Colorado, Katelyn Talbot of Firestone, Colorado, Aerryn Krause of Longmont, Colorado, Tyler Miller of Ypsilanti, Michigan, Kyra Miller of Ypsilanti, Michigan, Jeff Miller of Ypsilanti, MI, Jayme Cairns of Denver, Colorado, Angi Cairns of Denver, Colorado, Rory Cairns of Denver, Colorado, Zack Hill and Rececca Miller who preceded him in death. He was also preceded in death by his older brother, Jack Talbot and his younger brother, Tom Talbot. Jim worked at many jobs, which included, welder, CDL driver for a lumberyard, manufactured micro chips, bus driver, and artist. Carol and Jim moved to Ypsilanti in 2010 to be with Annette and her children. Jim loved to travel with his wife, including a Mission trip with the church to South Africa, a Disney cruise to Alaska and seeing Mayan ruins in Belize. His love of art translated into wood burning pictures, mostly of wildlife, onto boards. A memorial service will take place on Tuesday, March 5, 2019 at 6:00 P.M. at the First Presbyterian Church of Saline, 143 E. Michigan Ave, Saline, Michigan 48176. Memorial contributions may be made to the Alzheimer's Foundation or to the church for the mission at Care Village, South Africa. Envelopes will be available at the church. Jim is to be cremated with burial at a later date. To sign Jim's guestbook, to leave a memory or for more information or directions, please visit www.rbfhsaline.com

James (Jim) Earl Talbot, 75, of Ypsilanti, Michigan passed away peacefully on Wednesday, February 27, 2019 with his wife and daughter by his side. Jim was born on October 13, 1943 to the late John Talbot and Frances (Gillespie) Talbot. On May... View Obituary & Service Information

The family of James Earl Talbot created this Life Tributes page to make it easy to share your memories.

Send flowers to the Talbot family.