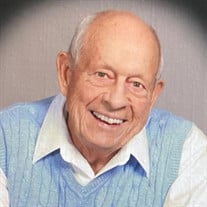 Not sure what to send?

One of the very best of men, father, grandfather, and husband, John Richard Adams (known as Doc, Coach, Dick) went home to be with the Lord on Saturday, January 15, 2022. Born March 9, 1929 in Coles County, Illinois, Dick was preceded in death by his parents, James and Bertha Adams; siblings Lillian, Marie, Ruth, Marvin, Corbert, and Orville, and wife Rose Margaret Adams. Dick leaves behind the loves of his life, including his daughter Jill Adams and granddaughter Hannah, and son John (Lourdes) Adams, grandson Orlando (and his daughter Lourdes), and granddaughter Alexa. In addition, stepdaughter Connie (Daryl) Delabbio, and grandchildren Juliette (Paul) Abbott, Gianina (Nikolai) Reichborn, and Laurel (Micah) Swalley, along with many relatives and friends. Dick’s had a tremendous love of knowledge and sports. He graduated from Charleston High School (Illinois) in 1947 and Eastern Illinois University in 1951with a BS in Education. He went to University of Illinois and taught part time while working on a MA in Health and Education. In 1952 Dick married Patricia (Andrews), and was drafted into the Army the same week. Corporal Adams was in the army for 21 months, and stationed at Vent Hill Farms, Virginia Communications Center, where he assisted leading recruits in daily physical exercises, and afterwards ran the recreation program in both baseball and basketball for service personnel. They played every military team on the east coast. Afterwards, Dick taught and coached at Henry Ford Community College for six years, earning a PhD from the University of Michigan in 1967. He was hired by Eastern Michigan University, before finishing his dissertation. He served in the E.M.U. Department of Health and Physical Education Department, where he served for 37 years until he retired in January 1998. He coached golf and basketball, and was a faculty coach for the NCAA, and a teacher in the HPER department. He received emeritus faculty status and in April 1998, Dick was Grand Marshall at the EMU spring commencement. With an especially blessed love, in November 1987, Dick married his beloved Rose Schoonover. Moving to Saline, they became parishioners at St. Andrew the Apostle Catholic Church. Avid travelers, Dick and Rose vacationed many places around the world. They were known for their love for one another, family, and friends. Dick will mostly be remembered for his faith, positive attitude and joyful love of life and all of God’s creation. He had a contagious smile right to the end of his life. The family would like to thank The Gilbert Residence in Ypsilanti as well as Heart to Heart Hospice, for their loving and compassionate care of Dick. A service will be held at the St. Andrew Catholic Church Columbarium on Monday, June 13, 2022 beginning at 10:00 A.M. A visitation time for family and friends will take place following the service. To leave a memory or to sign Dick’s guestbook, please visit www.rbfhsaline.com.

One of the very best of men, father, grandfather, and husband, John Richard Adams (known as Doc, Coach, Dick) went home to be with the Lord on Saturday, January 15, 2022. Born March 9, 1929 in Coles County, Illinois, Dick was preceded in death... View Obituary & Service Information

The family of John Richard Adams created this Life Tributes page to make it easy to share your memories.

One of the very best of men, father, grandfather, and husband,...