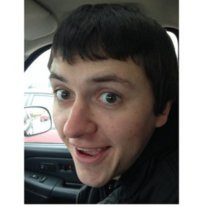 Age 21, passed away at his home on Monday, December 2, 2013. He was born March 19, 1992 in Ypsilanti, MI, the son of Kimberly Kay Ray (Barnett) and John E. Strawbridge II. Johnny loved playing the guitar, fishing, snowmobiling, camping and the outdoors. He was employed at Bagger Dave’s Restaurant in Ann Arbor. Survivors include his parents, Kimberly Kay Ray and John E. Strawbridge II, his sister, Kelsea Strawbridge, his grandparents, Margaret Strawbridge, Nancy and Walter Erni and Ted Barnett and his close friend, Sandy. His grandfather, John E. Strawbridge I, preceded him in death. Visitation will be held on Friday, December 6, 2013 from 11:00 A.M. until the time of the Funeral Service at 1:00 P.M. at Keystone Community Church 3375 Saline Waterworks Rd in Saline with Pastor Ken Gilmore, officiating. Cremation will follow the services at the church. Memorial contributions may be made to Dawn Farms 6633 Stony Creek Rd., Ypsilanti, MI 48197. Arrangements have been entrusted to the Robison-Bahnmiller Funeral Home, Saline.

The family of John Elwin "Johnny" Strawbridge III created this Life Tributes page to make it easy to share your memories.

Send flowers to the Strawbridge family.