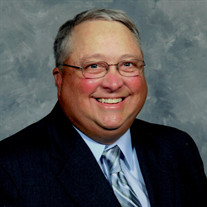 Age 64, died Tuesday, December 26, 2017, at his home. Kenneth was born in Ann Arbor, Michigan on September 10, 1953 to the late Milton and Margaret (Finkbeiner) Feldkamp. Ken married Nancy Haynes on July 22, 1978 in Ann Arbor, MI. In addition to his wife, Ken is survived by his daughter, Amy (Bryan) Marr of Britton, MI; son, John Feldkamp of Ypsilanti, MI; and grandchildren, Aiden and Allison Marr. He is also survived by siblings Diane (Earl) Horning, Albert Feldkamp, and Janet (Jase) Wholehan, as well as many nieces, nephews, great-nieces, and great-nephews. Ken was preceded in death by his parents. Ken was a lifelong farmer on the family farm in Saline with his brother, Albert. Throughout their farming careers, the “Feldkamp Brothers” enjoyed raising pigs and crops, as well as going to auctions and farm shows. Throughout his childhood, Ken was a member of the Saline 4-H Farmers, Saline High School Future Farmers of America Chapter, and Saline Steer Club. While in these groups, he participated in showing animals and on judging teams, even traveling to and competing in several State and National 4-H and FFA Conventions. This love of showing animals carried into the rest of his life, as he was proud to help his children, niece, nephew, great-nieces, and great-nephews prepare their own animals, especially their pigs, for 4-H and other local fairs. Ken graduated from Saline High School in 1972, and following his graduation, began a career at Saline Area Schools as a custodian. It was there that he met his future wife, Nancy. “Mr. Kenny” truly enjoyed working with the staff in his various buildings over the years, but his favorite part was spending time with and helping the children who attended his schools. He retired from Saline Area Schools in 2010, after 38 years of service to the district. His family was incredibly important to Ken. The greatest joys of Ken’s life were raising his children, Amy and John, and in recent years, being Grandpa to Aiden and Allison and spending time with them whenever he could. Ken was also a lifetime member of St. James United Church of Christ in Saline. A funeral service will be held on Saturday, December 30, 2017 at 11:00 A.M. at St. James United Church of Christ, 11005 W. Michigan Ave., Saline, with Pastor John Deuble officiating. Visitation will be held at St. James United Church of Christ on Friday, December 29 from 2:00 P.M. until 8:00 P.M. and Saturday, December 30, 2017 from 10:00 A.M. until the time of the service at 11:00 A.M. Burial will take place at the St. James United Church of Christ Cemetery following the service. In lieu of flowers, memorial contributions may be made to St. James United Church of Christ and envelopes will be available at the church. To sign Ken’s guestbook, to leave a memory, or for more information or directions, please visit www.rbfhsaline.com.

The family of Kenneth George Feldkamp created this Life Tributes page to make it easy to share your memories.