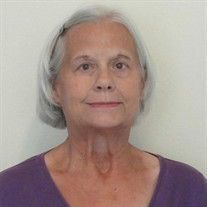 Kim (Kokko) Davids passed away December 6, 2018 at age 66 at her home with her husband by her side. She is survived by her husband Mark, son Karl (Jenny), grandchildren Elise and Maddox along with sisters Kyle and Karen and brothers Kent, Todd, and Erik. Kim grew up in Southfield, MI and graduated with a Bachelor’s degree in Social Work from Eastern Michigan University and a Master’s degree in Health Administration from Central Michigan University. Her passions included her family, social work, and sorority- Sigma Sigma Sigma. She worked for several agencies including Catholic Social Services, Judson Family Services and Muscular Dystrophy Association (MDA). Kim organized events for hundreds of volunteers and clients with MDA and served as the camp director for week-long adventures. She offered great love and care to children during her career with a tireless devotion to those abused or neglected, in foster care, and those with severe medical disabilities. After retirement, Kim volunteered with the Salvation Army, Red Cross, Meals on Wheels, and local hospitals. She has been an activist for civil liberties and women’s rights, participating in state and national rallies and marches. Kim always considered her Sigma sisters a second family. After graduation she continued with the Omicron Chapter acting as an advisor for many years, represented her Sigma Chapter at the Detroit Area Pan-Hellenic Association and became a charter member of the Western Wayne-Washtenaw Alumnae Chapter. She also served as a national officer traveling the country to welcome new chapters and assist in improving other chapters. In 2012 Kim received the 'Woman of the Distinction’ award at the national convention. A Celebration of Life event will be held at the Grosse Pointe Farms Pier Park Community Building, 350 Lakeshore Rd, GP Farms, starting at 2:00 PM on Sunday, Jan. 20. A Kim Kokko Davids Scholarship is being established for Tri Sigma students at EMU. In lieu of flowers, tax deductible contributions 501(c)(3) can be made to: Tri Sigma Foundation – Kim Kokko Davids, 510 N. River Street, Ypsilanti, MI, 48198 or online: trisigma.org/foundation then specify: Kim Kokko Davids Scholarship

Kim (Kokko) Davids passed away December 6, 2018 at age 66 at her home with her husband by her side. She is survived by her husband Mark, son Karl (Jenny), grandchildren Elise and Maddox along with sisters Kyle and Karen and brothers Kent, Todd,... View Obituary & Service Information

The family of Kim Suzanne Davids created this Life Tributes page to make it easy to share your memories.

Send flowers to the Davids family.