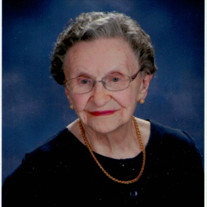 Age 90, passed away on Monday, February 9, 2015 at the St. Joseph Mercy Hospital. She was born December 4, 1924 in Detroit, MI, the daughter of Herman and Ottillie (Busch) Schubert. On November 23, 1946 she married Harvey Edward Frey of Clinton, MI and he preceded her in death on July 5, 1992. Lorna was a devout Christian and member of Trinity Lutheran Church in Saline for nearly 60 years. Her early career included various secretarial positions in Detroit. In the early 1960s she began working for Saline Area Schools and after retiring remained close to many SAS friends. Lorna loved being surrounded by family and close friends, but truly believed: There are no strangers, only friends you have not met yet. She will always be remembered for her generous spirit and warm and welcoming ways. She is survived by her daughters, Eunice Frey-Dobbs of Saline and Lois (William) Frey Bullard of West Chester, PA, her son, Martin Frey of Strafford, MO, daughter-in-law, Sue Frey of Saline, grandchildren: Stephanie (Ben) Clink of Clinton, Jacob (Becky) Frey of Tacoma, Washington, Andrea Bullard and Garret Bullard of Philadelphia, PA, Troy Dobbs of Saline, a great-granddaughter, Addison Frey, and many nieces and nephews. She was preceded in death by her husband, Harvey, children, Linda and Leonard, son-in-law Dennis Dobbs, brothers Alfred (Florence) Jahn and Edwin (Alma) Jahn, sisters Adelaide (William) Kukuk, Lenore (John) Cumming, Alice Jahn and Edna Jahn. Funeral Services will take place on Friday, February 13, 2015 at 11:00 A.M. at the Trinity Evangelical Lutheran Church in Saline with Rev. William F. Natsis and Rev. Mark H. Smith officiating. Burial will follow at Oakwood Cemetery in Saline. In lieu of flowers memorial contributions may be made to the church or to the Wounded Warrior Project. Envelopes will be available at the church where friends may begin calling on Thursday, February 12, 2015 between the hours of 2:00 P.M. and 8:00 P.M. and on Friday, February 13, 2015 from 10:00 A.M. until the time of service at 11:00 A.M. To leave a memory, to sign Lorna’s guestbook, or for more information or directions, please visit www.rbfhsaline.com.

Age 90, passed away on Monday, February 9, 2015 at the St. Joseph Mercy Hospital. She was born December 4, 1924 in Detroit, MI, the daughter of Herman and Ottillie (Busch) Schubert. On November 23, 1946 she married Harvey Edward Frey of Clinton,... View Obituary & Service Information

The family of Lorna Grace Frey created this Life Tributes page to make it easy to share your memories.

Send flowers to the Frey family.