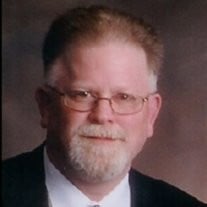 Mark Dean Brennan, long-time Saline businessman president of Harry’s Furniture and Saline Super Soil, passed away on Saturday July 13, 2013 at the age of 55. Born on April 5, 1958, in Tecumseh, MI, Mark was the son of Harry J. Brennan and Lillian (Gonyon) Brennan, both deceased. He was a life-long resident of Saline. Mark was a member of the Saline Masonic Lodge #133 F&AM since 2001, where he was a 32nd degree Mason serving as Worshipful Master, Past Master and Secretary throughout his time as a member. He was also a member of the Saline Order of the Eastern Star Chapter #311, York Rite, Scottish Rite as well as a Shriner. Serving as a Shriner, one of his most memorable experiences was transporting children from their homes to a Shriner’s hospital for treatment. He was also an active sportsman throughout his life. He began this love of the outdoors by hunting and continued it by pulling horses with his father. He also enjoyed farming and trap shooting. Mark was a devoted father taking his family on many trips as well as camping throughout Michigan. He will be truly missed by all of his family and friends. Mark is survived by his six children Heather (Dan LeBlanc) Hudson and Jennifer (Brandon) Kovell mothered by Debbie (Gholson) Burnham and Nathan (Ramona Sisson) Bates, Crystal (James) Ackron, Laura (Zachary) Parsons, and Harry John (Stephanie Cantrell) Brennan II mothered by Janet (Williams) Brennan. His nine loving grandchildren Patricia, Travis, Breanna, Taylor James, Jimmy, Maddie, Harry John Brennan III, Lily, and Tamara also survive him as well as his only brother, Harry “Mike” Brennan. Funeral services will be held on Friday, July 19, 2013 at 11:00 A.M. at the First United Methodist Church in Saline with Rev. James E. Tuttle officiating. Burial will follow in Saline at Oakwood Cemetery. In lieu of flowers memorial contributions may be made to the family payable to Crystal Ackron or to the Shriner’s Hospitals for Children. Envelopes will be available at the church where friends may begin calling on Thursday, July 18, 2013 from 3:00 P.M. to 8:00 P.M. with a Masonic service beginning at 6:30 P.M. Visitation will also be held on Friday, July 19, 2013 from 10:00 A.M. until the time of service at 11:00 A.M. To sign Mark’s guestbook, to leave a memory, or for more information or directions please visit www.rbfhsaline.com.

Mark Dean Brennan, long-time Saline businessman president of Harry’s Furniture and Saline Super Soil, passed away on Saturday July 13, 2013 at the age of 55. Born on April 5, 1958, in Tecumseh, MI, Mark was the son of Harry J. Brennan and Lillian... View Obituary & Service Information

The family of Mark Dean Brennan created this Life Tributes page to make it easy to share your memories.

Send flowers to the Brennan family.