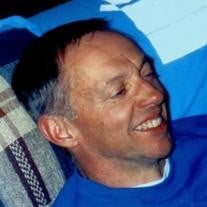 Mark Hogan was born April 16, 1953, in Ithaca, New York, to Joseph and Jean Hogan, who now live in Melbourne Beach, Florida. He grew up in Flushing, New York, and graduated from Bayside High School in 1971. After high school, Mark worked various jobs in the construction industry while attending Farmingdale College. He later attended Parks College, a college in the St. Louis University system, where he earned his Bachelor of Science degree in Aviation. After college, he joined the United States Air Force. He became an F-111 fighter pilot based at RAF Lakenheath in England. While he was in England he earned Top Gun honors in 1984. He finished his Air Force career at Sheppard Air Force base in Wichita Falls, Texas, as a T-37 and T-38 test pilot and instructor. In 1988 he became a commercial airline pilot for Northwest Airlines (now Delta Airlines), where he worked for the rest of his flying career. In 1989, Mark married Laura Dobberstein. Mark and Laura have spent almost 23 happy and busy years together raising and loving their two children, Pierce V Hogan, who was born in 1991, and Jera Elise Hogan, who was born in 1994. Mark is survived by his wife, Laura; his children, Pierce and Jera; his mother and father, Jean and Joe Hogan; his sister, Lisa Lutz; his sister, Michelle Hogan-Reeder; his father-in-law, Dale Dobberstein; his brothers-in-law, Barry Lutz and John Dobberstein; his sisters-in-law, Maryanne Hogan, Sandra Palmeiro, and Lori Dobberstein; his nephews, Justin Reeder, Manuel Palmeiro, and Ethan Dobberstein; his nieces, Chloe Lutz, Chelsea Reeder, and Emily Dobberstein; his Aunt Barbara Cappeller, and his cousins Susan Molloy (Cappeller), Eric Cappeller, Gerald Cappeller, Allison Cappeller, and their families. Mark’s family and friends will remember him for his many personal achievements, his hard work ethic, his dedication to his family, and the remarkable determination and attitude that he used to overcome the symptoms of Multiple System Atrophy. A viewing will be held at the Robison-Bahnmiller Funeral Home in Saline, Michigan, on Saturday, July 7, 2012, from 2:00 p.m. until 5:00 p.m. A memorial service at the same location will be held at 4:30 p.m. In lieu of flowers and gifts, please consider making a donation in the name of Mark Hogan to the University of Michigan Multiple System Atrophy Research (MSA) Fund – #317830. Checks may be mailed to The University of Michigan Office of Development, 3003 South State Street, Suite 8000, Ann Arbor, MI 48109.

The family of Mark V. Hogan created this Life Tributes page to make it easy to share your memories.

Send flowers to the Hogan family.