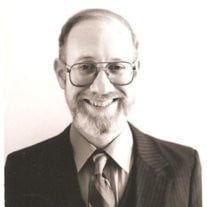 A diagnosis of early onset Alzheimer’s silenced the musical world of a modern day Renaissance man on January 24, 2013. The youngest child of Mischa and Hortense Mischakoff, Matthew Mischakoff was born in New York, New York on April 24, 1946. From birth, he was surrounded by the musical talents and influence of his parents and their friends. By the age of 16, he was teaching and sharing his love of the classical guitar and violin. Matthew earned his undergraduate degree in 1968 and his degree of Doctor of Dental Surgery in 1972, both from the University of Michigan. Dr. Mischakoff practiced caring and gentle dentistry in Clinton, Michigan for twenty years. His love of architecture led him to pursue another career in 1993, this time in real estate. During the next twelve years, with his family, he transformed more than 40 houses from disrepair to renewed, welcoming homes. At the same time, he extended his expertise and guidance in aiding additional families in their own relocations, treating each as a good friend in the process. Matthew was married to Sharon (Burkhardt) McGill in 1989 and she survives. Matthew was preceded in death by his parents and his brother Paul. He is survived by his sister Anne Mischakoff (William) Heiles. He is also survived by his daughter Marah Mischakoff, her husband Patrick Avallone and their children Caleb and Nolan; sons by marriage Derek (Julie McGurrin) McGill and Sean (Michael Cunningham) McGill; grandchildren by marriage Jared and Natalie McGill; and his heart was bound in step-parenting additionally in his lifetime to Amy (Ben-Mier) Brinkman as well as John, Eric and Barbara Needham. Matthew loved children as much as he loved music and in the later years shared great joy and affection for all the children in their family’s home day care. The family is grateful for the excellent care provided to Matthew by the entire staff of the Gilbert Residence in Ypsilanti and the Arbor Hospice team. Cremation has taken place. Arrangements are entrusted to the Robison-Bahnmiller Funeral Home of Saline. The family will host a celebration of Matthew’s life, smile and humor at the Gilbert Residence, 203 South Huron Street, Ypsilanti, MI, on Sunday, February 17, 2013 at 2:00 P.M. To sign Matthew’s guestbook, to leave a memory or for more information please visit www.rbfhsaline.com.

The family of Matthew Mischakoff created this Life Tributes page to make it easy to share your memories.

A diagnosis of early onset Alzheimer’s silenced the musical world...

Send flowers to the Mischakoff family.