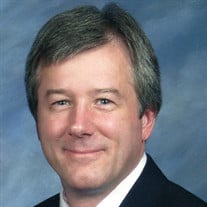 Michael Dennis Long 65, of Saline, Michigan passed away on Monday, March 15, 2021 at home surrounded by his loving family after a four and a half year battle with Amyloidosis. Michael was born in Dearborn, MI the son of William and Inez (Pagel) Long. Michael and his brothers Gordon (Lois) and James grew up in Taylor, MI prior to moving to Mio, MI in 1967. Michael graduated from Lake Superior State University in 1976 where he met his wife of 44 years Susan Smith. After moving to Freeport, IL, Michael and Susan returned to the Ann Arbor, MI area in 1979. Michael worked in the aerospace industry as an electrical engineering technician until his retirement in 2016. He prided himself on having built equipment that traveled to the Moon, the International Space Station, on the Mars Rover, and on the Space Shuttle Columbia. Michael had a lifelong love of music, science, history, travel, and in later years, numismatism. Michael is survived by his wife Susan; children Daniel (Elizabeth), Lauren (Jacob) Gaecke, and Casey; grandchildren Alice (Daniel), Aksel and Anders (Lauren); brothers Gordon (Lois) and James. Michael is preceded in death by his mother, Inez and father, William. Friends may join the family for a time of visitation at the Robison-Bahnmiller Funeral Home on Saturday, March 20, 2021 between the hours of 9:30 A.M. and 12:45 P.M. Due to current restrictions, capacity will be limited and social distancing and masks will be required. A private family service for Michael will be held. Livestreaming of the service can be viewed on the funeral home’s facebook page starting at 12:55 P.M. by clicking here. Burial will take place at Forest Hill Cemetery in Ann Arbor where a graveside service will be held on Monday, March 22, 2021 at 11:00 A.M. In lieu of flowers, memorial contributions in Michael’s name may be made to the Amyloidosis Research Consortium. Envelopes will be available at the funeral home but donations can be made online at https://arci.org/donate/ To leave a memory you have of Michael, to sign his guestbook or for directions please visit www.rbfhsaline.com.

Michael Dennis Long 65, of Saline, Michigan passed away on Monday, March 15, 2021 at home surrounded by his loving family after a four and a half year battle with Amyloidosis. Michael was born in Dearborn, MI the son of William and Inez (Pagel)... View Obituary & Service Information

The family of Michael D. Long created this Life Tributes page to make it easy to share your memories.

Michael Dennis Long 65, of Saline, Michigan passed away on Monday,...

Send flowers to the Long family.