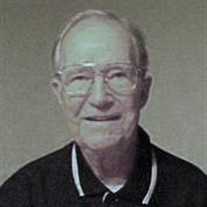 Michael John Paulukewicz, age 96, born June 26, 1919 in Hamtramck, passed away March 20, 2016 in Saline, Michigan, a long-time resident of Detroit. He married Frances Kabalka on April 2, 1946 at Transfiguration Church in Detroit, and she survives him. Beloved “Uncle Mike” to many nephews, nieces, grand-nephews and grand-nieces, their spouses and the generations following them. Son of the late Michael Paulukewicz and Lilly Wisniewski. Brother to the late Bruno (Nancy) Pawl and late Stella (Theodore) Kopinski. Mike grew up in Hamtramck and Detroit during difficult years, then served in the U. S. Army during World War II as a heavy artillery mechanic, including time in the Philippine Islands. He then returned to Detroit in 1946 where he engaged in a long and productive career as a machinery maintenance technician at The Detroit Edison Company, servicing equipment in power plants. Mike and Fran were long-time residents of Detroit and active parishioners in St. Louis the King Catholic Church in Detroit. Cremation has taken place. A Mass of the Christian Burial will be held on Wednesday, March 23, 2016 at 11:00 A.M. at St. Andrew the Apostle Catholic Church, 910 Austin Drive, Saline, with Rev. Fr. Francis Mossholder as Celebrant. Military Honors will take place under the auspices of the Veteran’s Honor Guard of Washtenaw County. A private burial will occur in Mt. Olivet Cemetery in Detroit at a later date. In lieu of flowers, donations may be made to The Salvation Army of Detroit, 1200 W. Fort St. Detroit, MI 48226. Envelopes will be available at the church where friends may begin calling from 10:00 A.M. until the time of service at 11:00 A.M. Arrangements entrusted to the Robison-Bahnmiller Funeral Home, Saline, Michigan. To sign Michael’s guestbook, to leave a memory, or for directions please visit www.rbfhsaline.com.

The family of Michael J. Paulukewicz created this Life Tributes page to make it easy to share your memories.

Send flowers to the Paulukewicz family.