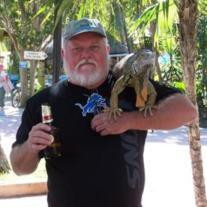 Age 62, passed away unexpectedly on Thursday January 3, 2013. He was born November 9, 1950 in Trenton, MI, the son of James Howard and Eleanor (Harvey) Shofstall. On October 24,1970 at St. Paschal’s Catholic Church in Taylor, MI he married Gloria J. (Cain) Shofstall, and she survives. They had been married 42 wonderful years. Michael was in the United States Army serving during the Vietnam Conflict until he was discharged in 1974. He was a member of the Clinton American Legion Post #0176 and had been employed as a millwright for the Ford Motor Company for many years until his retirement. Mike enjoyed fishing, football, golf and bowling. Survivors in addition to his wife Gloria include: two daughters Erica (Robert) Pasternak of Pinckney, MI and Jennifer (Shane) Platt of Morenci, AZ. Other survivors include grandchildren Thomas, Evan, Jaden, Lucas,a step-grandchild Anthony, one sister Diane (Don) Wilson, one sister-in-law Sharon Shofstall and several nieces and nephews. He was preceded in death by his parents, one sister Mary Ann Dauzet, and one brother Dave Shofstall. Cremation has taken place. A Memorial service will take place on Friday, January 11, 2013 at 11:00 A.M. at the Robison-Bahnmiller Funeral Home in Saline, MI. Military Services will also be held on Friday at the funeral home under the auspices of the Veterans Honor Guard Of Washtenaw County. Memorial contributions may be made to the Humane Society of Huron Valley. Envelopes will be available at the funeral home where friends may begin calling on Friday, January 11, 2013 from 10:00 A.M. until the time of service at 11:00 A.M. To leave a memory, for directions or for more information please visit www.rbfhsaline.com.

Age 62, passed away unexpectedly on Thursday January 3, 2013. He was born November 9, 1950 in Trenton, MI, the son of James Howard and Eleanor (Harvey) Shofstall. On October 24,1970 at St. Paschal’s Catholic Church in Taylor, MI he married... View Obituary & Service Information

The family of Michael J. Shofstall created this Life Tributes page to make it easy to share your memories.

Send flowers to the Shofstall family.