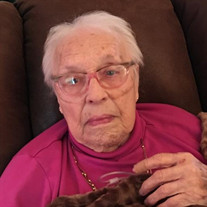 Nancy Ellin Bryan (Bartell), age 87, passed away at her home in Saline, MI on Friday, November 30th, 2018. Since her birth on October 26th, 1931 in Litchfield, MI, Nancy was an adventurous and hard-working woman who cared deeply for her family and community. After graduating high school in 1949, she received her Certificate in Practical Nursing from the Battle Creek Board of Education. Soon after, on January 28th, 1955 she married Ronald Neil Bryan (who preceded her in death on February 8th, 2012) and started a family. They raised four children together, Daniel, Deborah, John and William in the intervening years. Nancy also maintained a full time career of service as a nurse for St. Joseph’s Hospital in Ann Arbor until her retirement. In her golden years, Nancy continued her joy of service; volunteering, attending, and supervising several aspects of the Pittsfield Senior Center, even acting as its President. She traveled a lot, enjoyed crafting and selling jewelry and clothing, and spending time with her friends. Throughout her life, she stayed working with those in her community, and she worked as hard as she loved. She drove too fast, laughed out loud, loved to feed people until they burst, and enjoyed a house full of people. She was rarely found without a book on the side table, a piece of jewelry around her wrist or neck that she made herself, or a smile. Though she freely admitted she couldn’t “carry a tune” she also loved to sing, which you could catch her doing in church on Sunday if you were paying attention. She enjoyed teasing and being teased with those she loved, and though she, like the rest of us complained about the little things…she never complained about the big things. She was as forgiving as she was loving, and never gave up on people. Her family and friends will remember that about her, along with all the little things that made Nancy the matriarch she was. Nancy is survived by her remaining brother Gilbert, her four children, eleven grandchildren and step grandchildren, and six great-grandchildren. She was a rare breed of woman, full of energy and life. We will miss her.

Nancy Ellin Bryan (Bartell), age 87, passed away at her home in Saline, MI on Friday, November 30th, 2018. Since her birth on October 26th, 1931 in Litchfield, MI, Nancy was an adventurous and hard-working woman who cared deeply for her family... View Obituary & Service Information

The family of Nancy E. Bryan created this Life Tributes page to make it easy to share your memories.

Send flowers to the Bryan family.