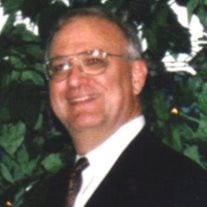 Paul Arlan Beebe returned to the loving arms of his Heavenly Father on March 8, 2014 after a short, but valiant battle with cancer. He was born on May 18, 1942 to Elden Grant and Ruth Foster Beebe, in Honolulu, Hawaii. His father was in the Navy, so they lived many places including Guam, California and Arizona where they had a dairy farm after retirement. Growing up as the oldest of seven children and working the family farm he learned many skills and worked hard. Arlan went to Brigham Young University after graduating from Peoria Arizona High School in 1960. He served a two year mission for The Church of Jesus Christ of Latter-Day Saints in England. After his mission he returned to BYU to pursue the love of his life, Donna Kremer, and they married for time and all eternity in the Mesa Arizona Temple of The Church of Jesus Christ of Latter-Day Saints on December 18, 1964. Together they moved to Arizona where he earned his Bachelor’s degree in Manufacturing Engineering from Arizona State University. Throughout his career he worked for Rockwell International, Wilson Sporting Goods, B-D Manufacturing, Roper, Federal Mogul, and finally Ford Motor Company. He volunteered in various leadership capacities for in his church; including Bishoprics, youth programs, Temple worker and most recently served as the technology specialist for the Southeast Michigan area. He left his children and grandchildren with a respect for hard work, a love of gardening, an appreciation of technology and a belief that they could accomplish anything they set their minds to. Arlan is survived by his wife of 49 years, Donna Kremer Beebe. His children: Brian (Christy) of Herriman, Utah, Denise Marshall (Mark) of South Jordan, Utah, Lance (Rebecca) of Highland, Utah, and Shannon Leon (Carlos) of Saline, Michigan. His grandchildren: Cambria, Taylor, Chante, Chandler, Isaac, Ashlyn, Greyson, Makayla Marshall, Bailee Marshall, Paige Marshall, Chloe Marshall, Tyler Marshall, Carter, Talon, Samantha, Victoria Leon, Alexandria Leon, Cordelia Leon, and Harrison Leon. He is survived by his siblings Karen Beus, Greg, Janice Gillespie, Brent and Rebecca. He is preceded in death by his parents and sister, Elaine Foster. Funeral services will take place on Saturday, March 15, 2014 at 2 p.m. at The Church of Jesus Christ of Latter-day Saints in Saline, MI. Burial will take place following the service at Marble Park Cemetery in Milan, MI. Friends may begin calling at the church starting at 1 p.m. until the time of the service at 2 p.m. We wish to thank St. Joseph Mercy Hospice and The Redies Center at Saline Evangelical Home for their love and care during his last months.

Paul Arlan Beebe returned to the loving arms of his Heavenly Father on March 8, 2014 after a short, but valiant battle with cancer. He was born on May 18, 1942 to Elden Grant and Ruth Foster Beebe, in Honolulu, Hawaii. His father was in the... View Obituary & Service Information

The family of Paul "Arlan" Beebe created this Life Tributes page to make it easy to share your memories.

Paul Arlan Beebe returned to the loving arms of his Heavenly...

Send flowers to the Beebe family.