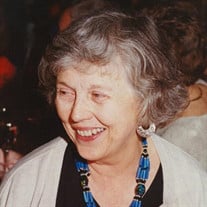 Lifelong Teacher Rebecca Super Dies in Ann Arbor. On November 3, 2021, Rebecca R. Super died at 97 in Ann Arbor. She had weathered a long illness. Rebecca was first, foremost, and to the last a teacher. She grew up in small-town Indiana watching the joy her mother, Charm, experienced teaching first-grade and resolved to follow a similar course herself. After losing her father, Otis, to lack of medical care when she was eleven, she worked hard to make the money needed for college, repeatedly interrupting her studies to work in war factories. She found the Bloomington campus of Indiana University an enchanted garden of intellectual delights. She reveled in History, Geography, languages, and more, but quickly found her deepest love for English. She later obtained a masters in English from Louisiana State University. She moved to New York City after graduation, working for several prominent exiled European intellectuals as the post-WWII order was taking shape. She often described the light-headed excitement of soaking up the lively culture of art, music and ideas the City offered. There, she met her husband of 41 years, Robert H. Super. Her true love, however, was teaching. Getting her start at Irving Junior High in Hammond, Indiana, she taught English and social studies. Appreciating the difficulty of gaining the attention of adolescents, she eschewed the role of disciplinarian in favor of trying to share the exhilaration she felt about learning. It often worked, with some former students staying in touch throughout her life. Upon moving to Ann Arbor, she taught at Tappan Junior High, making several life-long friends. After resigning to raise her two sons, David and Paul, she resumed teaching in Adult Basic Education courses in Ann Arbor, Ypsilanti, and Milan prison. She saw these programs as a second chance to help students whom the education system had previously failed. A lifelong supporter of the labor movement, she was proud to help organize a union at Ypsilanti Adult Education and to help negotiate its first contract. Here again, her focus was relentlessly on making learning exciting. She scorned memorization-based methods of instruction as boring and ineffective; she was an ardent proponent of phonics: teaching new readers to sound out unfamiliar words. This allows them to exercise their reasoning abilities and to experience success each time they conquer a new word. Her passion for teaching phonics led her to become active in literacy-promotion organizations and to publish Handling Words: How to Read and Spell Those Long Hard Words, volumes 1&2. These workbooks won her a teacher of the year award from the Michigan Association for Public Adult and Community Educators in 1978. She saw an acute shortage of suitable practice readings for adults: they found “See spot run” children’s readers demeaning but were derailed by too many hard words in most material written for adults. Her solution was to write stories on a basic reading level but with serious, adult ideas on the lives of the presidents (a topic she found almost all her students found interesting and worthy). The stories were not published but benefited countless students over the years. Having grown up poor during the Great Depression, social justice issues were always at the forefront of her mind. She volunteered for the United Farm Workers, for the Coalition for Migrant Action (seeking field sanitation and other health and safety protections in Michigan), and to provide food, clothing and blankets to migrant farmworkers in Michigan. And coming of age during the Holocaust, she had a passionate engagement with various Jewish causes despite being raised Protestant. This also gave her a commitment to greater international understanding, which she pursued through the International Neighbors group in Ann Arbor, leading to more lifelong friends. She loved beauty in many forms: bel canto opera, medieval cathedrals, studying early religious dissenters, wading in tidal flats to spy on hermit crabs, and collecting seashells and assorted seedpods. She created beauty in her kitchen and taught others to cook as well. A few years after her husband’s death she began a decades-long partnership with Dieter Vincent of Ann Arbor. Her other survivors include her sons and daughter-in-law, Anna-Catherine; her grandchildren Robert and Sarah-Elizabeth; the families of Dieter’s children, Dorothea and Martin; and many others who were her friends and students throughout her long, rich lifetime. She was preceded in death by her older siblings, Bill Ragsdale and Kit Helm, by her husband, and by her beloved cats Melissa, Roger, Don, and Benny. In lieu of flowers, donations may be made to Washtenaw Literacy or a charity of your choice. No public service will be held.

Lifelong Teacher Rebecca Super Dies in Ann Arbor. On November 3, 2021, Rebecca R. Super died at 97 in Ann Arbor. She had weathered a long illness. Rebecca was first, foremost, and to the last a teacher. She grew up in small-town Indiana... View Obituary & Service Information

The family of Rebecca R. Super created this Life Tributes page to make it easy to share your memories.

Send flowers to the Super family.