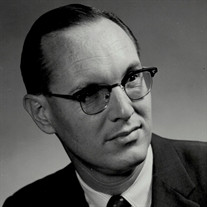 Richard Cornell was born November 18th, 1930 in Cleveland, Ohio to Russell Gervas Cornell and Grace Emeline (Garlick) Cornell. His parents moved when he was five months old to Unadilla Forks, New York near where they were from and that is where he grew up. After graduating from West Winfield High School, he attended the University of Rochester and received an AB degree in 1952. He then did his graduate work at Virginia Tech (then called VPI), receiving his masters and PhD in statistics there. This was followed by military service in the Commissioned Corps of the Public Health Services at the CDC in Atlanta, Georgia. He served there in the military for two years and stayed as a civilian two additional years. At that time, he chose to become a college professor and faculty member in the Statistics Department at Florida State University in Tallahassee Florida. He arrived in Tallahassee on the first Saturday of September 1960 and visited the First Baptist Church the next day where he met his future wife, Valma. They were married June 3, 1961. In 2011 they celebrated their 50th anniversary with their three children and nine grandchildren. They lived in Tallahassee for the first 10 years of their marriage before Dick took a job at the School of Public Health at the University of Michigan. At the U of M he served many years as chairman of the Biostatistics Department and later as Interim Dean, retiring in 1996. In addition to his work, Dick was active in church, singing in the choir in his earlier years and serving many years as a deacon. His many hobbies including jogging, going back to his rural roots by gardening and planting trees on his ten-acre lot in Saline MI, listening to music, and in later years researching his family tree and doing puzzles like Soduko. He loved his family and despite his impressive career, his family always came first. He especially enjoyed spending time with his grandchildren and attended their events whenever possible. Dick is survived by his wife Valma Edwards Cornell and their three children Sharon Murray (Michael) of Chapel Hill, NC, Russell Cornell of Saline MI, and Carol Wheelock (David) of Longmont, CO, his sister Arlene Louis of Carbondale, IL and her daughters Linda Louis, Susan Beattie, and Deborah Louis, nine grandchildren Brendan (Allison), Lindsey (Andy), Kathleen, Elizabeth (John), Julianne (J.R.), Richard, Jimmy, Hope, and Andrew, three great-grandchildren, and numerous nieces and nephews by marriage. He was preceded in death by his parents and an infant son. A Memorial Service will be held on Saturday, April 7, 2018 at 11:00 A.M. at the Fellowship Baptist Church in Saline with Pastor Tom Tengler officiating. Luncheon to follow. Burial will take place in the Edwards Cemetery in Quincy, FL at a later date. Friends may join the family for a time of visitation at the Robison-Bahnmiller Funeral Home in Saline on Friday, April 6, 2018 from 5:00 P.M. to 8:00 P.M. and at the church on Saturday from 10:00 A.M. until the service at 11:00 A.M. In lieu of flowers, the family asks that memorial contributions be made to Fellowship Baptist Church at 1045 Bemis Rd, Saline MI or Crossroads Community Baptist Church, 2580 Packard Rd, Ann Arbor, MI or to the Richard G. Cornell Scholarship Fund in the School of Public Health at the University of Michigan 734-764-8093 or visit (https://leadersandbest.umich.edu/find/#!/give/basket/fund/707545). Envelopes will be available at the funeral home and the church. To leave a memory, to sign his guestbook, or for directions please visit www.rbfhsaline.com.

Richard Cornell was born November 18th, 1930 in Cleveland, Ohio to Russell Gervas Cornell and Grace Emeline (Garlick) Cornell. His parents moved when he was five months old to Unadilla Forks, New York near where they were from and that is where... View Obituary & Service Information

The family of Richard "Dick" G. Cornell created this Life Tributes page to make it easy to share your memories.

Send flowers to the Cornell family.