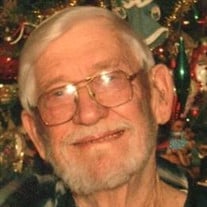 Age 78, passed away on Friday, February 20, 2015 at St. Joseph Mercy Hospital in Ann Arbor with his loving family by his side. He was born September 2, 1936 in Ann Arbor, the son of Joseph Smiley and Sophie Skodak Smiley. On February 16, 1957 he married Virginia R. Jarvis and she survives. He was also a Veteran of the United States Army. He was a proud member of local 324 Operating Engineers, developing many of the roads and construction projects throughout southeastern Michigan. Ron was a quiet man, leaving behind a legacy of love. To those who truly knew him, this simple hard working man was a faithful loving husband, father, grandfather and great grandfather. With his Ginny at his side Ron leaves behind a rare example of a life marked by loving self-sacrifice, in service to those he was entrusted to. All family members applaud his accomplishment, of finishing his race well. In addition to his wife, other survivors include his children, Vicki (Hans) Moser, Bridget Doyle, Ron (Cindy) Smiley II, Michael Smiley and Carol (Larry) Keeler, his grandchildren, Jeremy and Justin Moser, Jessica Moser-Herter, Tohnya McCall, Dominic Doyle, Ronald Smiley III, Zachary Smiley, Shasta Smiley, Jaden Smiley, Michael Smiley II, Virginia Keeler and Steven Keeler, great-grandchildren, Corey Robinette, Jaxson Moser, Grayson Moser, Jada Moser, Devon Moser, Miley Moser, Samantha Herter, Alicia Herter, Anthony Shaw, Kaylie Smiley, and Michael Smiley III and Ron’s sister, Sandy James. He was preceded in death by his Parents, grandson, Andrew Smiley and brothers, Bob and Joe Smiley. Visitation will be held on Thursday, February 26, 2015 from 10:00 A.M. until the time of the Mass of Christian Burial at St. Andrew the Apostle Catholic Church in Saline at 11:00 A.M. with the Rev. Fr. Francis Mossholder, celebrant. Military honors will be held after the Mass at the Church under the Auspices of the Veteran’s Honor Guard of Washtenaw County. In lieu of flowers, memorial contributions are requested to the Family, c/o Vicki Moser and envelopes will be available at the church. To sign Ron’s guestbook, to share a memory, or for more information or directions please visit www.rbfhsaline.com.

Age 78, passed away on Friday, February 20, 2015 at St. Joseph Mercy Hospital in Ann Arbor with his loving family by his side. He was born September 2, 1936 in Ann Arbor, the son of Joseph Smiley and Sophie Skodak Smiley. On February 16, 1957... View Obituary & Service Information

The family of Ronald Lee Smiley Sr created this Life Tributes page to make it easy to share your memories.

Send flowers to the Smiley family.