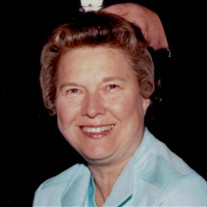 Stella “Kay” Peplau was born on December 27, 1927 to Charles and Matilda Kohler in Saline, Michigan. Stella is survived by two daughters and a son-in-law, Karen K. Cook of Mt. Pleasant, MI, and Sharon and Bruce Robinson of Canton, MI. She is survived by four of eight siblings- two sisters and two brothers. Kay was around eight years old when her father was killed in an auto accident that almost also took the life of her oldest sister. After his death, all of the children had to take on extra chores to help support the family. Her oldest sister dropped out of high school and started working. The younger children were responsible for feeding the chickens and collecting the eggs, and older children were responsible for helping to run the farm, milk the cows, and help take care of the younger children. After high school, Kay met Harold J. Peplau who was living life as a bachelor and farming his Father’s farm in Saline. They were married on September 7, 1946. Sometime after that, they both started working at Ford Motor Company. When Harold and Kay had their first daughter Karen in 1951, Kay stopped working outside the house and became a homemaker. Their second daughter Sharon was born in 1954. Kay was a loving and devoted Mother to her two daughters. She was always there to see to their needs. She enjoyed helping them with sewing projects, taking them shopping, making potato doughnuts, and baking springerle cookies at Christmas. At birthdays, Kay would always bake a very special hickory nut cake for the occasion. Kay also loved her standard poodles. Her first poodle Zsa Zsa would get dyed to match the color of each new convertible. People would do a double take to see a geranium orange dog riding in the backseat of a top down geranium orange convertible. Kay enjoyed raising chickens, collecting their eggs, and was proud of her Banty rooster. Kay had a green thumb and raised beautiful orchids on a coffee table in her dining room. Harold and Kay built their first home at 5675 Carpenter Rd. In Ypsilanti, MI with the help of some family members. Harold stopped working at Ford Motor Company and became a partner in Smiths Carpets in downtown Ann Arbor. In 1964 Kay and Harold finished building their dream house just down the road at 6320 Carpenter Road. Harold also separated from his partnership with Smiths Carpets and opened his own store called Smiths Floor Coverings Inc. and formed a partnership with Jerry Mrozinski and opened Ann Arbor Carpets. After Kay’s youngest daughter Sharon graduated from high school, Kay went to work at Kitchen Glamour in Kerry Town in Ann Arbor, MI and fancied herself as a gourmet chef. When Harold retired in the early 1990s, he sold his share of Smiths Floor Coverings Inc and Ann Arbor Carpets to his partner Jerry, started planting apple trees and working on becoming a master gardener. Kay and Harold also started to travel the world spending time in Italy, the Caribbean, Switzerland, Germany, and Iceland. As the orchard grew from the initial 10 trees to 150 trees, Harold being forever the businessman, started having Kay sell the excess apples from a farm wagon by the side of Carpenter Road with Kay sitting in her Jaguar until a Pittsfield County official said they had to stop. After that, customers had to drive up to the house and sound their car horn, and while Harold was off pursuing other activities it was up to Kay to sell the apples. Kay and Harold lived at the 6320 Carpenter Road house until Kay fell on December 23, 2017 and broke several ribs. From there she moved to Glacier Hills Rehab Center. Two weeks later Harold fell and broke his hip so Kay was unable to go home and live by herself. It was decided that the best thing for Kay was to move her to Legacy Assisted Living in Jackson, MI where she would be with her older sister Tema Haab and her younger brother Clarence Kohler. Harold would also move to Legacy to be with Kay to further rehab from his fall. Unfortunately, Harold’s injuries and previous health conditions proved to be too much and he passed away at Legacy on March 27, 2018, only a few weeks after he moved in. Kay continued to live at Legacy after Harold passed and this was the first time Legacy had three siblings living in their facility. At Legacy, Kay thrived eating her meals with her sister and brother in the dining room, playing Bingo on Monday’s, Wednesday’s, Friday’s, and Saturday’s with her brother, and generally became more social and active than she had been in years. Legacy was a beautiful place to live and everyone there took exceptional care of Kay. Funeral services will be held on Friday, September 13, 2019 at 1:15 P.M. at the Robison-Bahnmiller Funeral Home in Saline, MI, with Pastor Drexel Morton officiating. Burial will take place following the service in Arborcrest Cemetery in Ann Arbor, MI. Friends may join the family for a time of visitation from 11:00 A.M. until the time of service at 1:15 P.M. In lieu of flowers, memorial contributions in her name may be made to Angela Hospice, and envelopes will be available at the funeral home. To leave a memory, to sign Kay’s guestbook, or for directions please visit www.rbfhsaline.com.

Stella &#8220;Kay&#8221; Peplau was born on December 27, 1927 to Charles and Matilda Kohler in Saline, Michigan. Stella is survived by two daughters and a son-in-law, Karen K. Cook of Mt. Pleasant, MI, and Sharon and Bruce Robinson of Canton,... View Obituary & Service Information

The family of Stella "Kay" Peplau created this Life Tributes page to make it easy to share your memories.

Send flowers to the Peplau family.